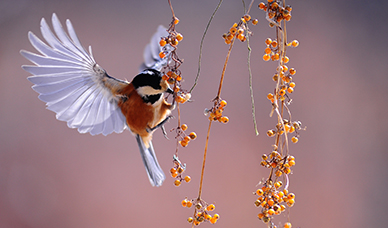 i was attending a workshop on women and violence. one told her story. she was 18 and visiting a farm with her boyfriend. alone together, they had sex even though she didn't want to. guilt-ridden, humiliated and demeaned, why didn't she report it? because even though she had clearly said no, it didn't occur to her for nearly ten years that she had just been raped.

we heard yesterday that one woman in four, in england and wales, suffers domestic violence during her life. two women a week murdered by partners. 100,000 females living in britain have had their genitals mutilated so they can never feel sexual pleasure, and not one prosecution in the years since this became illegal. there are thousands of incidences of so-called honour-based violence a year, and many more forced marriages. when our daughter took part in a bbc programme in the east end of london, she found that all the girls there her age had suffered brutality from their boyfriends. they thought nothing of it - you have sex, you get beaten, at least your man protects you from others.

researching for my first book, on gender issues, i studied god's pronouncement to the woman, after the archetypal couple disobeys god's laws. "the man will rule over you." not god's punishment for sin, but the inevitable consequence of it. given that we put self first, the strong will exploit the weak, always have and always will. judeo-christian scripture is full of god's bias to the vulnerable, the poor, the dispossessed, the underclass. it is not just men and women who are equal in value, but not necessarily in power and strength. in the civilised west we're all against oppressing women. i don't suppose you beat your wife any more than i do. but there are many kinds of exploitation. how many women will come home from a long day today, to a longer evening of housework? how many bullied in the workplace? or pressured into roles they didn't choose, in recent history with little opportunity to go out to work, now with little opportunity to do otherwise? we pride ourselves on our liberal democracy.

we don't like to censure porn, but kier starmer, director of public prosecutions, has linked the high level of violence in teenage relationships to exposure to sexually explicit sites. we mustn't question alternative forms of family, though boys brought up without their biological fathers are more likely to demonstrate aggression. we feel uncomfortable about clamping down on prostitution, despite the danger we all know they work in. they brought him a woman who had done wrong. the proscribed punishment was to throw rocks at her until she was killed. would he forgive, and break their law? or comply, and initiate violence? he bent down, and wrote in the dirt. she had been caught in the act of adultery. a misdemeanor that takes two. so where was the other one?in many areas of life men remain more powerful than women. one sure mark of civilisation is when the strong raise passionate voices in protection of those who are less so. when men battle against violence towards women, we've taken a good step forward.

it was mom who held the family together.

he just went to work every day and came home, she'd have a list of sins we'd committed andhe'd scold us about them.

once when i stole a candy bar, he made me take it back and tell the man i stole it and that i'dpay for it.

but it was mom who understood i was just a kid.

i broke my leg once on the playground swing and it was mom who held me in her arms all theway to the hospital.

dad pulled the car right up to the door of the emergency room.

and when they asked him to move it, saying the space was reserved for emergency vehicles.

he shouted, "what do you think this is? a tour bus?"

at my birthday parties, dad always seemed sort of out of place.

he just busied himself blowing up balloons, setting up tables, and running errands, it was momwho carried the cake with the candles on it for me to blow out.

when i leaf through picture albums, people always ask, " what does your dad look like ?"

" who knows? he was always fiddling around with the camera taking everyone else's picture. imust have a zillion pictures of mom and me smiling together."

i remember when mom told him to teach me how to ride a bicycle.

i told him not to let it go, but he said it was time.

i fell and mom ran to pick me up, but he waved her off.

i was so mad that i showed him, got right back on that bike and rode it myself.

he didn't even feel embarrassed and just smiled.

when i went to college, mom did all the writing.

he just sent checks and a little note about how great his lawn looked now that i wasn't playingfootball on it.

whenever i called home, he acted like he wanted to talk, but he always said, " i'll get yourmother."

when i got married, it was mom who cried.

he just blew his nose loudly and left the room.

all my life he said, " where are you going? what time are you coming home? no, you cannotgo."

daddy just didn't know how to show love, unless...is it possible he showed it and didn'trecognize it?

when you are old and grey and full of sleep,

and nodding by the fire, take down this book,

and slowly read, and dream of the soft look your eyes had once,

and of their shadows deep;

how many loved your moments of glad grace,

and loved your beauty with love false or true,

but one man loved the pilgrim soul in you,

and loved the sorrows of your changing face;

and bending down beside the glowing bars,

and paced upon the mountains overhead

and hid his face amid a crowd of stars.