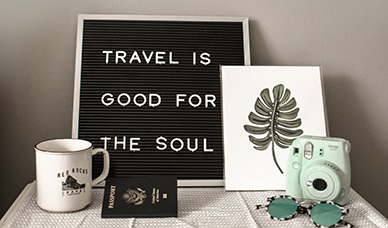 the hardworking blacksmith jones used to work all day in his shop and so hard working was he that at times he would make the sparks fly from his hammer.

the son of mr. smith, a rich neighbor, used to come to see the blacksmith everyday and for hours and hours he would enjoy himself watching how the tradesman worked.

"young man, why don't you try your hand to learn to make shoe tacks, even if it is only to pass the time?" said the blacksmith. "who knows, one day, it may be of use to you."

the lazy boy began to see what he could do. but after a little practice he found that he was becoming very skilled and soon he was making some of the finest tacks.

old mr. smith died and the son on account of the war lost all his goods. he had to leave home and was forced to take up residence in another country. it so happened that in this village there were numerous shoemakers who were spending a lot of money to buy tacks for their shoes and even at times when they paid high prices they were not always able to get what they wanted, because in that part of the country there was a high demand for soldiers' shoes.

our young mr. smith, who was finding it difficult to earn his daily bread, remembered that once upon a time he had learned the art of making tacks and had the sudden idea of making a bargain with the shoemakers. he told them that he would make the tacks if they would help to get him settled in his workshop. the shoemakers were only too glad of the offer. and after a while, mr. smith found that he was soon making the finest tacks in the village.

"how funny it seems," he used to say, "even making tacks can bring a fortune. my trade is more useful to me than were all my former riches."

everyone in china is looking forward to the 2008 olympic games. athletes from all over the world will come to beijing for this competition.

speaking good english also requires great discipline and self-sacrifice. if you want to speak good english, you must be mentally and physically strong just like an olympic athlete.

the real meaning of peace

there once was a king who offered a prize to the artist who would paint the best picture of peace. many artists tried. the king looked at all the pictures. but there were only two he really liked, and he had to choose between them. one picture was of a calm lake. the lake was a perfect mirror for peaceful towering mountains all around it. overhead was a blue sky with fluffy white clouds. all who saw this picture thought that it was a perfect picture of peace.

the other picture had mountains, too. but these were rugged and bare. above was an angry sky, from which rain fell and in which lightning played. down the side of the mountain tumbled a foaming waterfall. this did not look peaceful at all.

but when the king looked closely, he saw behind the waterfall a tiny bush growing in a crack in the rock. in the bush a mother bird had built her nest. there, in the midst of the rush of angry water, sat the mother bird on her nest — in perfect peace.

which picture do you think won the prize? the king chose the second picture. do you know why?

“because,” explained the king, “peace does not mean to be in a place where there is no noise, trouble, or hard work. peace means to be in the midst of all those things and still be calm in your heart. that is the real meaning of peace.”