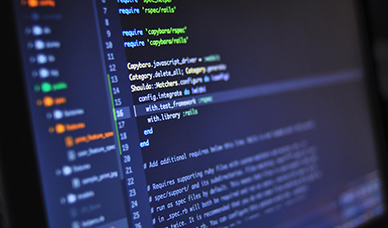 located in the checkroom in union station as i am, i see everybody that comes up the stairs.

harry came in a little over three years ago and waited at the head of the stairs for the passengers from the 9:05 train.

i remember seeing harry that first evening. he wasn't much more than a thin, anxious kid then. he was all dressed up and i knew he was meeting his girl and that they would be married twenty minutes after she arrived.

well, the passengers came up and i had to get busy. i didn't look toward the stairs again until nearly time for the 9:18 and i was very surprised to see that the young fellow was still there.

she didn't come on the 9:18 either, nor on the 9:40, and when the passengers from the 10:02 had all arrived and left, harry was looking pretty desperate. pretty soon he came close to my window so i called out and asked him what she looked like.

"she's small and dark," he said, "and nineteen years old and very neat in the way she walks. she has a face," he said, thinking a minute, "that has lots of spirit. i mean she can get mad but she never stays mad for long, and her eyebrows come to a little point in the middle. she's got a brown fur, but maybe she isn't wearing it."

he showed me the telegram he'd received: arrive thursday. meet me station. love love love love. may. it was from omaha, nebraska.

"well," i finally said, "why don't you phone to your home? she's probably called there if she got in ahead of you."

he gave me a sick look. "i've only been in town two days. we were going to meet and then drive down south where i've got a job. she hasn't any address for me." he touched the telegram.

when i came on duty the next day he was still there and came over as soon as he saw me.

"did she work anywhere?" i asked.

he nodded. "she was a typist. i telegraphed her former boss. all they know is that she left her job to get married."

harry met every train for the next three or four days. of course, the railroad lines made a routine checkup and the police looked into the case. but nobody was any real help. i could see that they all figured that may had simply played a trick on him. but i never believed that, somehow.

one day, after about two weeks, harry and i were talking and i told him about my theory. "if you'll just wait long enough," i said, "you'll see her coming up those stairs some day." he turned and looked at the stairs as though he had never seen them before.

the next day when i came to work harry was behind the counter of tony's magazine stand. he looked at me rather sheepishly and said, "well, i had to get a job somewhere, didn't i?"

so he began to work as a clerk for tony. we never spoke of may anymore and neither of us ever mentioned my theory. but i noticed that harry always saw every person who came up the stairs.

toward the end of the year tony was killed in some argument over gambling, and tony's widow left harry in complete charge of the magazine stand. and when she got married again some time later, harry bought the stand from her. he borrowed money and installed a soda fountain and pretty soon he had a very nice little business.

then came yesterday. i heard a cry and a lot of things falling. the cry was from harry and the things falling were a lot of dolls and other things which he had upset while he was jumping over the counter. he ran across and grabbed a girl not ten feet from my window. she was small and dark and her eyebrows came to a little point in the middle.

for a while they just hung there to each other laughing and crying and saying things without meaning. she'd say a few words like, "it was the bus station i meant" and he'd kiss her speechless and tell her the many things he had done to find her. what apparently had happened three years before was that may had come by bus, not by train, and in her telegram she meant "bus station," not "railroad station." she had waited at the bus station for days and had spent all her money trying to find harry. finally she got a job typing.

"what?" said harry. "have you been working in town? all the time?"

"well, heavens. didn't you ever come down here to the station?" he pointed across to his magazine stand. "i've been there all the time. i own it. i've watched everybody that came up the stairs."

she began to look a little pale. pretty soon she looked over at the stairs and said in a weak voice, "i never came up the stairs before. you see, i went out of town yesterday on a short business trip. oh, harry!" then she threw her arms around his neck and really began to cry.

after a minute she backed away and pointed very stiffly toward the north end of the station. "harry, for three years, for three solid years, i've been right over there working right in this very station, typing, in the office of the stationmaster."

he lost his arms in an accident that claimed his father's life-who was the main source of support for the family. since then, he has had to depend on the arms of his younger brother. for the sake of taking care of him, his younger brother became his shadow, never leaving him alone for years. except for writing with his toes, he was completely unable to do anything in his life.

one late night, he suffered from diarrhea and had to wake up his younger brother. his younger brother accompanied him into the toilet and then went back the dorm to wait. but being so tired, his younger brother fell asleep, leaving him on the toilet for two hours till the teacher on duty discovered him. as the two brothers grew up together, they had their share of problems and they would often quarrel. then one day, his younger brother wanted to live separate from him, living his own life, as many normal people do. so he was heart-broken and didn't know what to do.

a similar misfortune befell a girl, too. one night her mother, who suffered from chronic mental illness disappeared. so her father went out looking for her mother, leaving her alone at home. she tried to prepare meals for her parents, only to overturn the kerosene light on the stove, resulting in a fire which took her hands away.

though her elder sister who was studying in another city, showed her willingness to take care of her, she was determined to be completely independent. at school, she always studied hard. most of all she learned to be self-reliant. once she wrote the following in her composition: "i am lucky. though i lost my arms, i still have legs; i am lucky. though my wings are broken, my heart can still fly."

one day, the boy and the girl were both invited to appear on a television interview program. the boy told the tv host about his uncertain future at being left on his own, whereas the girl was full of enthusiasm for her life. they both were asked to write something on a piece of paper with their toes. the boy wrote: my younger brother's arms are my arms;while the girl wrote: broken wings, flying heart.

they had both endured the same ordeal, but their different attitudes determined the nature of their lives. it is true that life is unpredictable. disasters can strike at any time. how you handle misfortune when confronted with it, is the true test of your character. if you choose only to complain and escape from the ordeal, it will always follow you wherever you go. but if you decide to be strong, the hardship will turn out to be a fortune on which new hopes will arise.

freda bright says, "only in opera do people die of love." it's true. you really can't love somebody to death. i've known people to die from no love, but i've never known anyone to be loved to death. we just can't love one another enough.

a heart-warming story tells of a woman who finally decided to ask her boss for a raise in salary. all day she felt nervous and apprehensive. late in the afternoon she summoned the courage to approach her employer. to her delight, the boss agreed to a raise.

the woman arrived home that evening to a beautiful table set with their best dishes. candles were softly glowing. her husband had come home early and prepared a festive meal. she wondered if someone from the office had tipped him off, or... did he just somehow know that she would not get turned down?

she found him in the kitchen and told him the good news. they embraced and kissed, then sat down to the wonderful meal. next to her plate the woman found a beautifully lettered note. it read, "congratulations, darling! i knew you'd get the raise! these things will tell you how much i love you."

following the supper, her husband went into the kitchen to clean up. she noticed that a second card had fallen from his pocket. picking it off the floor, she read, "don't worry about not getting the raise! you deserve it anyway! these things will tell you how much i love you."

someone has said that the measure of love is when you love without measure. what this man feels for his spouse is total acceptance and love, whether she succeeds or fails. his love celebrates her victories and soothes her wounds. he stands with her, no matter what life throws in their direction.

upon receiving the nobel peace prize, mother teresa said, "what can you do to promote world peace? go home and love your family." and love your friends. love them without measure.